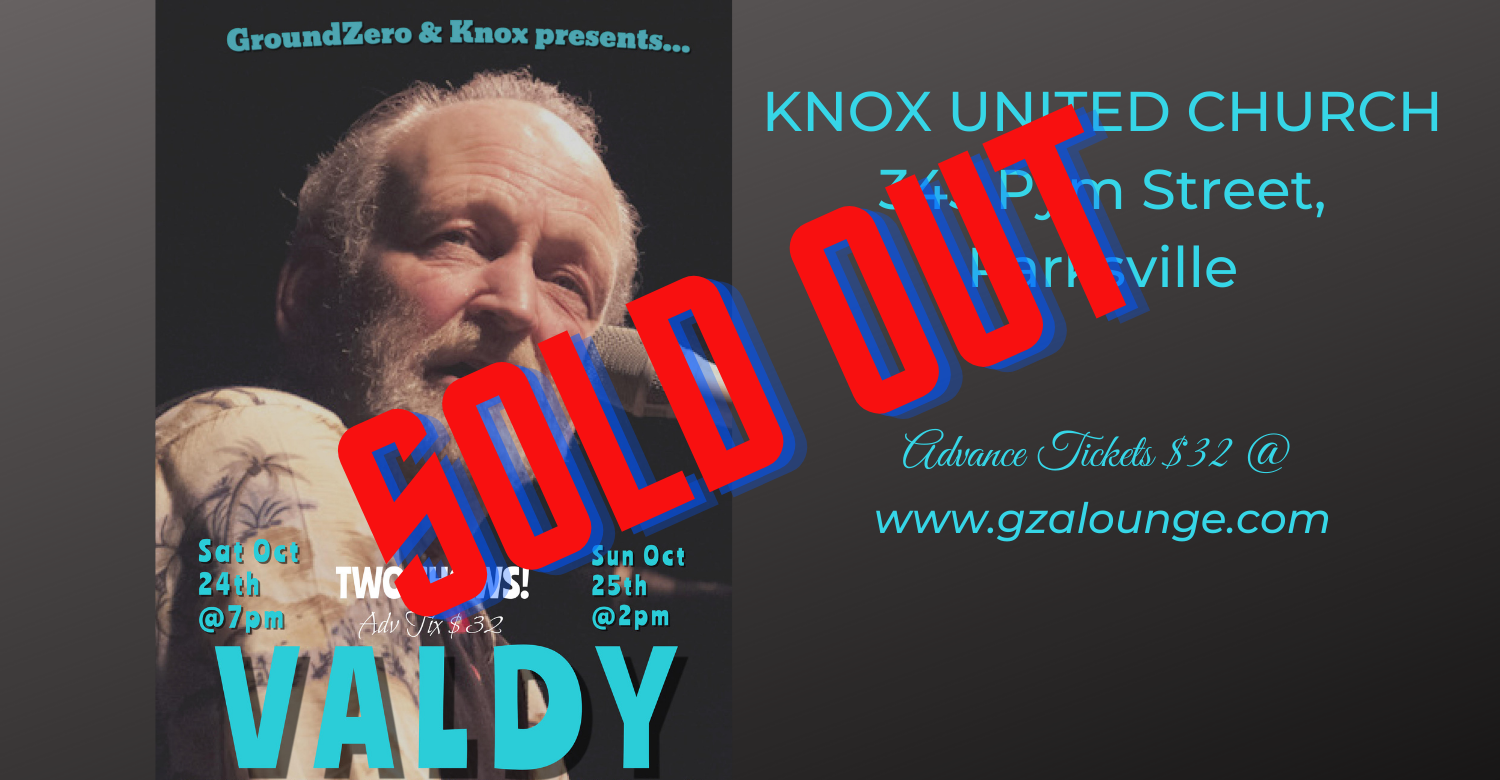 GroundZero Productions and Knox Presents... are very pleased to announce two performances by the legendary folk singer Valdy at Knox United Church on Saturday,October 24th at 7:00 p.m. and Sunday, Oct 25th at 2:00 p.m.

Valdy (born Paul Valdemar Horsdal on 1 September 1945 in Ottawa, Ontario) is a Canadian folk musician whose solo career began in the early 1970s. He is known for "Rock and Roll Song", his first mainstream single released in mid-1972 on Haida/A&M.

He was a member of the London Town Criers during the 1960s and subsequently joined Montreal band The Prodigal Sons. Prior to beginning his solo career, he was based in Victoria working with various artists, including Blake Emmons.

Valdy is the winner of two Juno Awards for Folk Singer of the Year and Folk Entertainer of the Year, and has received seven additional Juno nominations. His fourteen albums have achieved sales of nearly half a million copies, four of which are certified gold.

Tickets are $32.00 and are available at: www.gzalounge.com

Physical distancing measures will be in place; non-medical masks must be worn; Provincial and Knox Covid-19 safety measures are strictly adhered to.
Downloads
Tweet

Oct 18
Love as a Way of Life through Honesty (S)