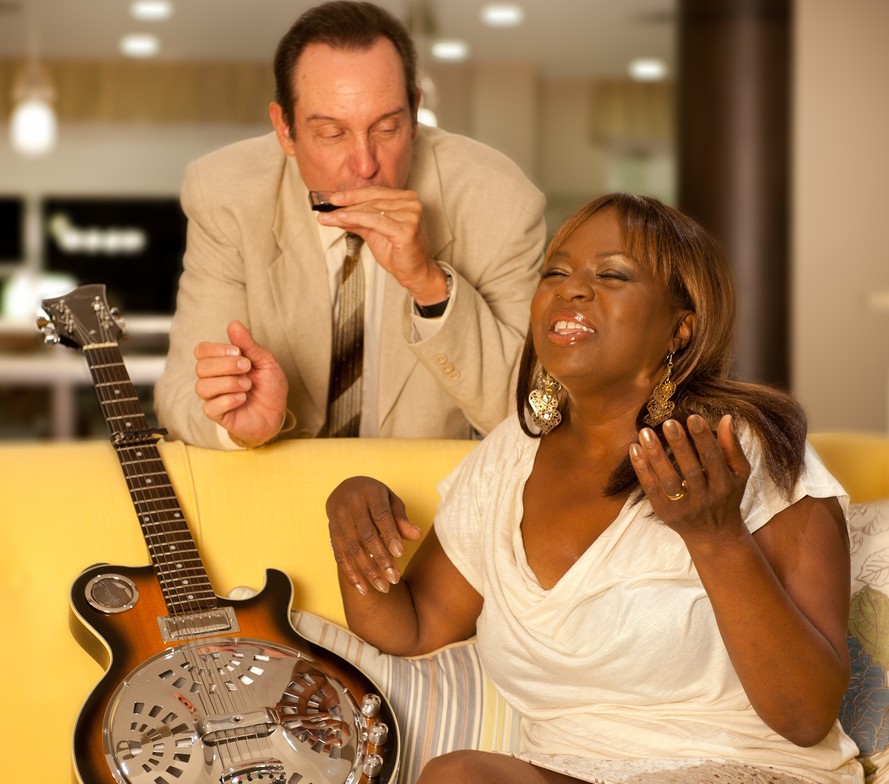 Ground Zero Productions and Knox Presents... are very pleased to announce an evening with jazz/blues greats Diana Braithwaite and Chris Whitleley on Friday, September 25th.  Thee will be two concerts available, one at 5:00 and one at 7:30 p.m. and both have limited seating.  Every song has a tale to tell, and Diana Braithwaite and Chris Whiteley convey each one in their elegant, eloquent fashion. When Diana Braithwaite sings, you hear passion, with sultry stories of life beautifully expressed through music. Born in Toronto, Braithwaite is a descendant of the Wellington County pioneers in Canada.  Growing up, Diana spent summers in Montreal, Quebec, in a place called “Little Burgundy”, the historic African-Canadian neighbourhood where her father and the great jazz musician Oscar Peterson were both born. Dubbed “a national treasure” by JAZZ FM’s Radio host Danny Marks, Diana Braithwaite combines elements from Dinah Washington, Esther Phillips and others to create her own unique appealing and expressive blues style.

Kansas born multi-instrumentalist Chris Whiteley has had an illustrious music career spanning some 40 years. Whiteley’s extensive touring career includes working with many renowned jazz and blues legends such as Eddie “Cleanhead” Vinson and countless appearances on television and radio including a special guest appearance on Saturday Night Live with the international recording jazz artist Leon Redbone. A multiple award-winning international touring horn player, Chris Whiteley is also a sought-after recording artist and has appeared on over 250 recordings over his successful career as a trumpet and cornet player. Whiteley, who blows his trumpet with a clear tone and a sublime unique jazz style, has received numerous Canadian Maple Blues Awards as both songwriter and horn player of the year and a Jazz Report Magazine Blues Album of the Year Award. In 2010 Whiteley was awarded the prestigious BLUES WITH A FEELING AWARD, for lifetime achievement in the blues. In January 2014 Chris Whiteley won the Maple Blues Award for the top blues horn player in Canada–for the 7th time.

Covid 19 restrictions and protocols in place. Non-medical masks must be worn.

To purchase tickets to either the 5:00 or 7:30 show please visit the Ground Zero website: